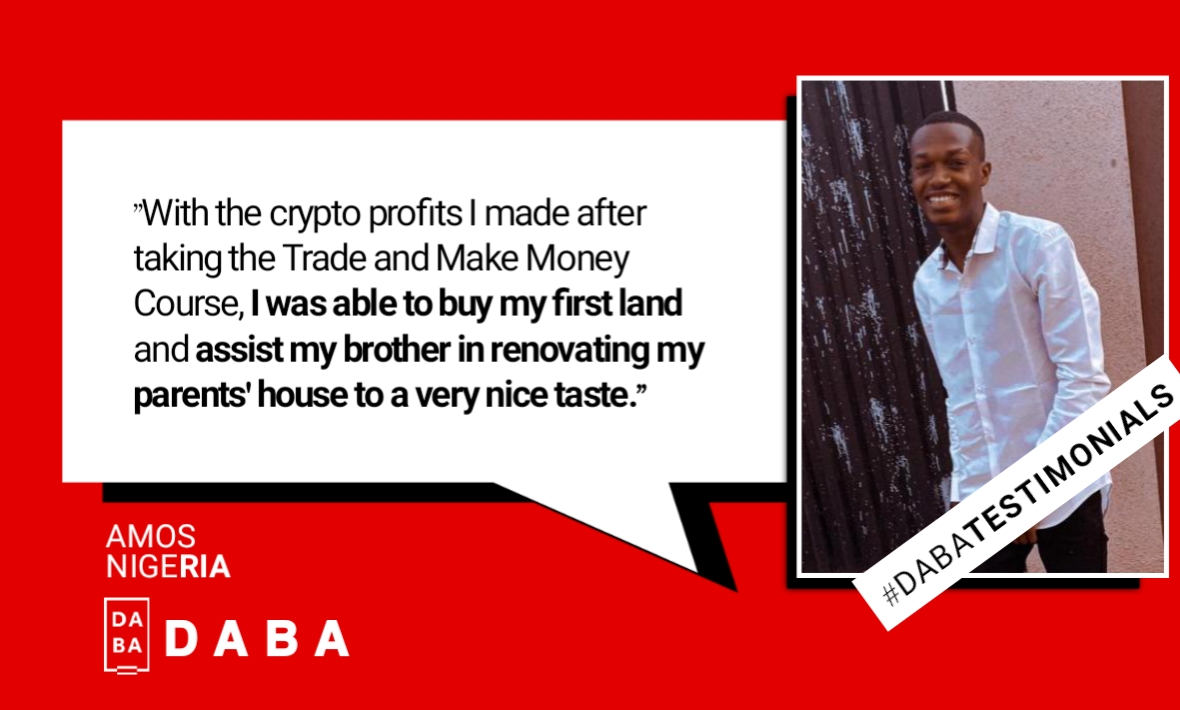 Wrecked By Forex, Saved By Crypto: How Amos Recovered His Losses In 60 Days Through The Trade and Make Money Course

Just like every motivated individual seeking financial freedom, Amos sought ways to diversify his income. For him, selling gadgets and gift cards was not enough. Forex seemed like a viable investment option for him, and he plunged headlong into it . . . and almost drowned.

Recounting the ugly experience which he now laughs about, he says, “I started with a demo account and I was making profit. But when it was time to withdraw, I was told that I had to finish my turnover, so I had to keep trading. Mehn, I lost all!”

After losing over 600,000 naira to Forex, it was only rational for Amos to be skeptical about investments, no matter how lucrative. However, he went on to ask a friend for investment advice, and this friend educated him on Forex and its risks, then proceeded to give him Chris Ani’s phone number so he could inquire about investing in cryptocurrency.

Amos reluctantly texted Chris Ani. He was even more discouraged and skeptical when Chris directed him to daba.school and he saw the price of the Trade and Make Money Course.

“Me wey just lose over 600k from Forex how I wan do am,” he narrates in pidgin to the DABA team. “But my girlfriend was like, ‘Babe, do it now.’ So I would say it was my babe that encouraged me to take the course.” (Insert “Aww” sound effect). Heeding his girlfriend’s advice, he paid for the course: the singular action that shaped into the beginning of a new story for Amos.

Amos is so enthusiastic about DABA. DABA’s influence isn’t centered on him alone; it extends to his family. He narrates how he gave his brother one of Chris’s signals to buy a coin, and he made over $500 profit.

Amos jokingly says that the day DABA would launch its coin, he would buy and hold till only God knows when. That is how deep and strong his love for the DABA brand has become. And this is why he says:

“If you are not part of DABA, then you are on your own. If you enter my DM saying you are broke, I’m sending you the link to daba.school straightaway. Use your hand to build your wealth or stay broke. Opportunities abound in DABA. DABA to the world.”

The Who, What and Why of UI/UX?

The Story Behind The World’s Top 10 Affiliate Marketers

A New Year: 7 Resolutions You Can Stick To