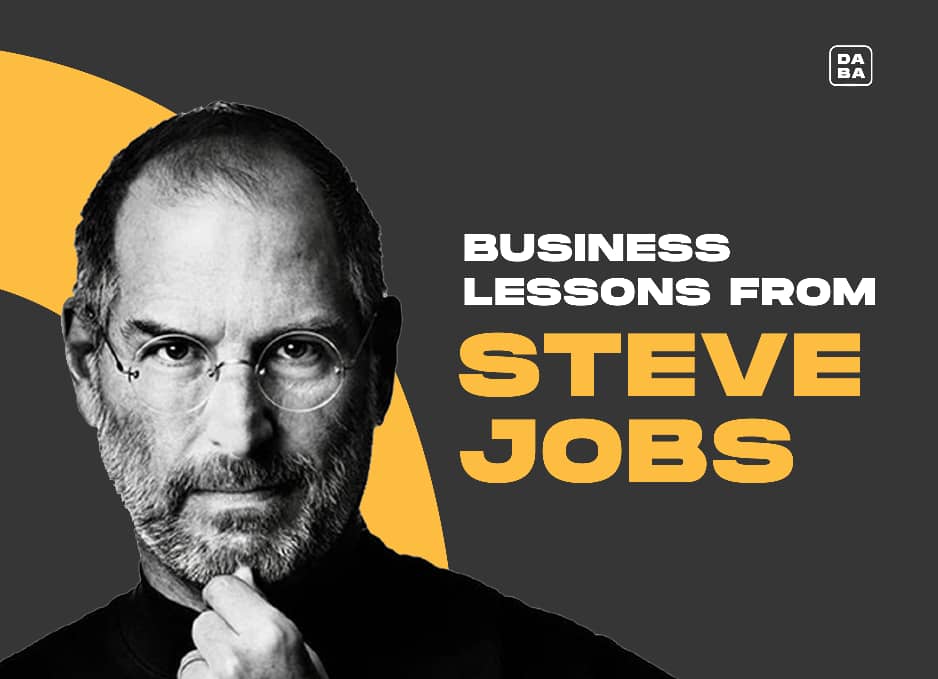 Years after his death, you still can't talk about computers without mentioning Steve Jobs. Steve Jobs and Steve Wozniak started Apple in 1976, and until now, the firm remains a household name when it comes to computers. And during the years that Steve Jobs managed Apple, he implemented several practices that have become some of the best business lessons today. Let's look at the top 10 of these business lessons from Steve Jobs.

Think With Both Sides Of Your Brain

As a business person, you would think with both the left and right sides of your brain. What this means to you as a business person is that you should be creative, emotional, analytical, and critical. These are essential to any business you decide to engage in and get the desired response from your clients. And while it is necessary to have genius ideas, it won't do you good if you don't know how to communicate them to your team. So, thinking with both sides of your brain means you have to be critical enough to know what's right and still communicate effectively with people.

Be Passionate About What You do

While most people say that passion is never enough, passion is, however, an integral part of success. Being passionate about your business makes it easier to stay on track even when things get tricky. A business person who only rationalizes about their business might not make it in the face of challenges. But when you have rationale and passion, you're well-equipped for what is to come. In one of his lessons about passion, Steve Jobs made it known that it is easier to give up your business if you don't love what you do and don't have fun doing it. Having a passion for it, on the other hand, would keep you going.

Be Product-Oriented And Not Profit-Oriented

One thing that made Steve Jobs' reign at Apple successful was that he always thought of his customers. Their comfort mattered a lot to him, and that was why he made simple gadgets that anyone could easily use. As a business person, it would be best to always think of the satisfaction and comfort your clients would get from your products and services before you consider the profits. This practice was what Jobs focused on when he created engaging and helpful products. Once your clients are satisfied, the profits would come in naturally.

Steve Jobs believed that everything was possible, and it was under his supervision that the Apple software was created. Jobs made products and implemented marketing strategies that were new to the market. The efforts he put into making things work awed people and made him strive to achieve more astounding feats. You can only go as far as you believe, and limitations only exist in your mind. Although your work will always face criticism, you should never let that deter you from achieving success. ﻿

One thing Steve Jobs did when he returned to Apple was to make up with Bill Gates and collaborate with him. When they reconciled, Bill Gates invested in Apple with 150 million dollars, which increased Apple's market value. Apart from working with other similar firms, Steve Jobs ensured that Apple learned the essence of collaboration amongst themselves. The employees work in small groups and share ideas amongst themselves, because Jobs believed employees would last longer if they felt needed. As a business owner, you must remember people are indispensable; you will always need them. How you treat your workers and partners would determine how far they would go to help you achieve your dreams.

Stay True to Your Cause

Steve Jobs advised that when you get clarity of purpose, you have to stay true to your path. A lot can happen when you listen to other people's opinions instead of your own; you might get distracted from what you truly want to do. Once you understand how limited time is, you wouldn't waste it wondering what people think of your actions. So, make that decision now, implement the change now, because you won't have forever to do so.

Although he was one of the pioneers of technology, Jobs believed in physical meetings and face to face discussions. So, whenever he had potential clients or meetings with his staff, he would attend those in person. As a business person, you should adopt this as well. Being in the midst of people can give you insight into how they feel. And you cannot underestimate the feelings you get when you connect with people. Physical relationships reduce frustration, as well as the tendency to be misunderstood.

Steve Jobs stated that you don't have to conform to the traditional thoughts of people. He called it being "a square peg in a round hole" because he believed that people who think differently are the ones who make a difference in society. So, if you get a crazy idea you feel would benefit the community you live in, go ahead with it. It would not hurt to try. Since these lessons helped Steve Jobs achieve success before he died, they are worth emulating.

Own Up To Your Mistakes

When Steve Jobs lost a quarter of a billion in the market, he owned up to that. That singular act made his staff respect him more. Owning up to your mistakes builds character, deepens people's respect for you and helps you avoid such errors next time.

Taking risks and failing make up a big part of business and life. You don't have to let the fear of failure keep you from taking risks. Steve Jobs said that taking risks, facing fears, and expecting to fail are what differentiates people who act from those who dream.

In truth, Jobs was a complicated man to work with, but that was because he knew what he wanted and always strove for perfection. Though these lessons seem simple, the only way you can get results is to implement them in your business. The results you get would not only make you stand out as an exceptional business person but will also give you satisfaction on a personal level.