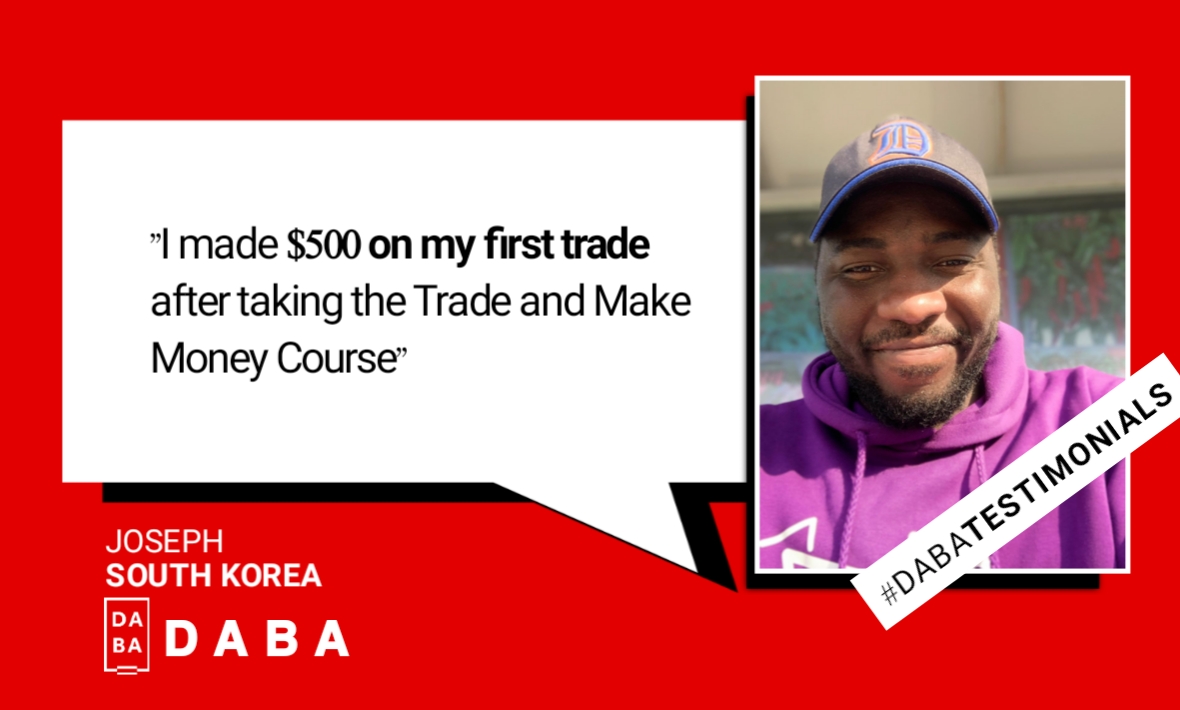 The Story of Joseph: From Google To DABA To Financial Freedom

Google is like that stranger you ask for directions. And it always leads you to the right place, just like it led Joseph to DABA.

When Joseph wanted to learn about cryptocurrency, he searched on Google, and DABA popped up. Like a man on a hunt, Joseph followed the Google trail and purchased Chris Ani’s Crypto Money Bundle.

If DABA were a restaurant, Joseph would be that customer that demands an “extra plate.” According to him, he was not satisfied with what he learned from the Bundle.

“So, I had to call Chris and told him I would like to know the real deal. I also told him I needed his opinion on how to combine my work with learning how to trade."

After the call, Joseph decided to take the Trade and Make Money Course. It was a decision he was happy to make, one he has never regretted.

When asked about his earnings in the crypto market, he replied:

“Impressive! My first trade was on XRP, and I made up to $500 on that trade. I also made a good profit on DOGE and BNB too.”

Since joining the crypto space, the market has helped supplement his income as a staff in a glass company in South Korea. With crypto trading, his monthly income has grown by at least 50%.

He advises those who want to benefit from the crypto space to be patient, control their emotions and never stop learning.

PS: For Google to lead Joseph to DABA, it only means one thing: DABA is a household name when it comes to cryptocurrency and online education in general.