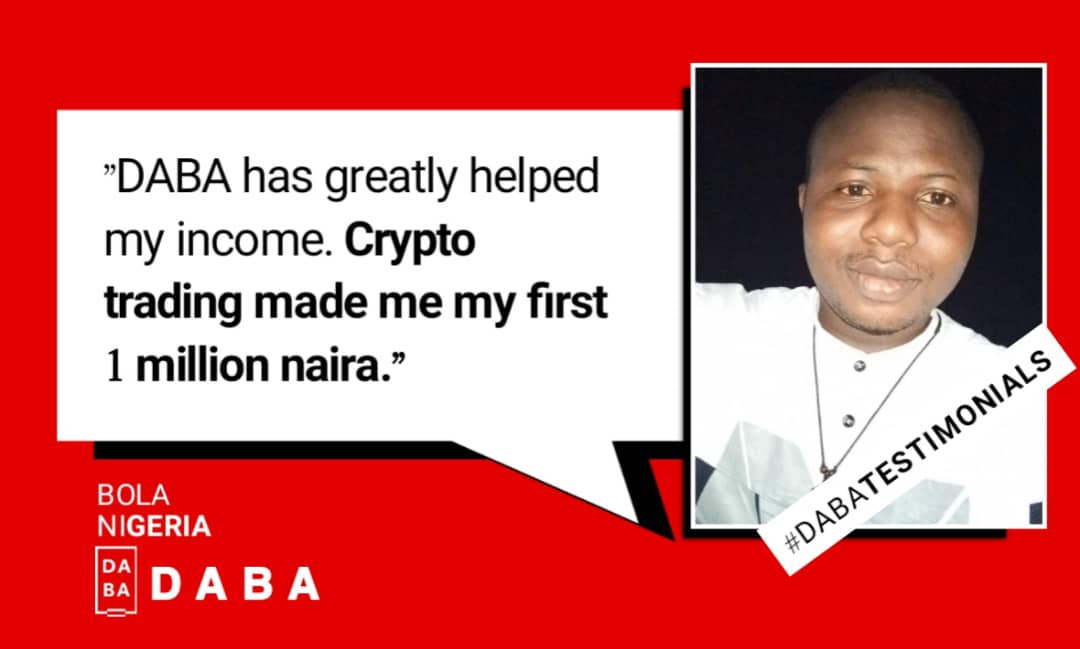 Bola learnt about Chris Ani from the latter’s mentees. So he went on LinkedIn and connected with him. Although he had heard about the legend of Chris Ani, Bola was still sceptical about purchasing the Trade and Make Money Course. It took him three months—October to December 2020—to make up his mind. But when he did, he confessed that it was the best decision he took in 2020.

“I religiously studied and applied the lessons in the course,” he said. Then he began trading “with a meagre capital of about $20.” Gradually, he added to his capital and traded with signals he received from the Cryptohub signal room. As at the time of writing, Bola has made his first one million naira. A sum he has never made working with a startup where he earns $150 monthly.

“I graduated from school about two years ago and the startup happened to be my first paid job as a graduate. I was struggling as the salary was nothing to write home about, especially considering the economy and cost of living in Lagos. Then, Covid came and it was like hell was let loose.”

But Chris is a lifesaver, not just to Bola but to many youths. Because of Chris, Bola has made an amount of money he never believed he could make in a legit way.

“DABA has greatly improved my income. I now have information that can make me as much as my annual salary within a week. There is no comparison between my paid job income and what I have realised from DABA within a short period. They are far from each other,” he told the DABA team.

He went further to advise anyone seeking financial freedom to align with DABA by getting a course and they won’t regret it.

“DABA is the way out of financial struggle. The future is digital and DABA is there already.”