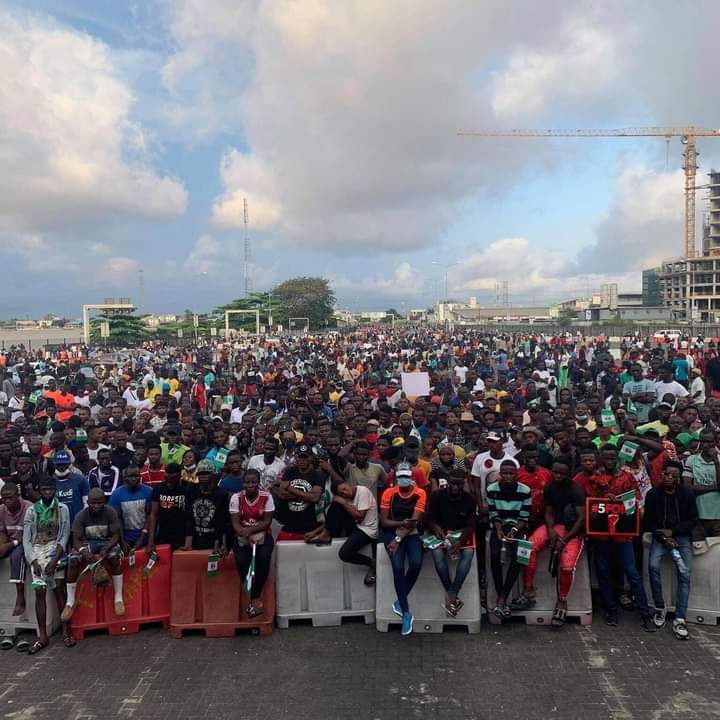 Decentralization: The Power of the #ENDSARS Protest

7pm, October 20, 2020. We heard the gunshots. The sporadic sparks that littered the night like fireflies, leaving death in its wake. We heard the voices, quaking with fear, singing the national anthem, wishing that by their singing the shooting would cease. But as they sang, the shots backed up their voices, and the national anthem became a dirge; a rendition that would never leave our minds.

Today, October 20, 2021, we remember that night. The night Nigeria killed her own because they protested for their right to life and their right to live this life without being profiled or stereotyped. The events of that night and the grief it brought weakened the will and belief of many, and brought the two-week protest to an abrupt end.

Although in the last one year, we’ve attempted to heal—numbing our pain with Big Brother Naija, Squid Game, TikTok challenges, Twitter trends, and top gossips featuring tales by Tonto and Tiwa—we continue to realize that this is one pain we cannot heal from. What we can do at best is pick up lessons and use them to chart the course for our future. One of such lessons the #ENDSARS protest left us with was to understand the power of and in decentralization.

Decentralization removes control from a single authority and distributes or delegates it to several offices or authorities. This prevents a system from being handicapped if a member becomes dysfunctional. This was one of the hallmarks of the protest. It was a decentralized one, and it manifested its quality in three areas: leadership, economy, and microsystems.

For the first time in Nigeria, a protest had no face, no leader. It started in Lagos on the 8th of October and gradually seeped into other states. We took it upon ourselves to protest. We never waited for a summon from a central authority. The only clarion call we needed was the passion that burned in our hearts and the thin thread of hope we clung to. When a governor or his spokesperson, posing as if he cared, would ask for the leaders of the protest, the crowd would chorus: “All of us! We are all leaders!”

The #ENDSARS protest catered for the feeding, healthcare, legal, and miscellaneous needs of the protesters. Donations poured in but it wasn’t long before banks obeyed the bidding of the government to flag accounts used to receive donations. For instance, the gender equality group, Feminist Coalition was one of the key organizations that received donations for the protest. However, they noticed that bank transactions slowed down and online payment links used to donate through platforms like Flutterwave were deactivated. (Flutterwave was even summoned by the CBN to explain their role in the fundraising process. The fintech company did not just facilitate donations through their platform, they donated N2 million for the medical bills of injured protesters.)

Hampering payments was an offensive by the ruling class aimed at foiling the protest, but it was only a temporary setback as we shifted to a decentralized form of finance: cryptocurrency. As of October 22 when Feminist Coalition stopped accepting donations, bitcoin accounted for 40 percent of the $387,000 raised. This defined the protest as not just a social revolution but a financial one.

For every sector that the government tried to seize to control the narrative, microsystems sprung up to counter their move. They controlled media houses; we ditched the media and told our story on Twitter, with Jack Dorsey endorsing the movement with a Twitter emoji created out of the protest’s emblem. They used police and military might to threaten protesters; we got our own security personnel to protect us.

Eateries, fast food companies (including Domino’s Pizza and ColdStone Creamery), and local food vendors ensured that protesters were never hungry. Organizations such as ENDSARS Legal Aid made up of over 700 volunteers worked round the clock to free illegally arrested protesters. Mentally Aware NG, a mental health nonprofit, offered free therapy to protesters. And hundreds of medical professionals were on standby to treat the injured.

These activities were coordinated not by a central authority but by a unified desire to be free.

So as we remember the tragic event that climaxed the protest, we should strive to never lose this desire. The government is primed to fight anything that would give you freedom. Would you let them win? One of Chris Ani’s numerous counsels is: “Invest in any innovation that the government is fighting.”

In a country characterized by hardship and human rights violation since its amalgamation in 1914, it is not out of place to describe freedom, peace and unity as social innovations we aim to have. Innovations the government do not want us to have. And this is why we should continue to desire them, to invest in them, to fight for them.