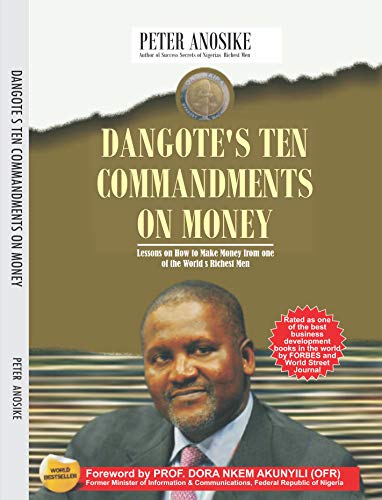 Book of the Week: Dangote's Ten Commandments On Money

This book tells the story of Dangote’s entrepreneurial journey―how he built his business empire from a local business to a global conglomerate and became Africa’s richest man and one of the richest men in the world.

In this book, author Peter Anosike takes the young reader on a motivational ride to learn from one of the most phenomenal businessmen of the 21st century. It reveals the strategies which Dangote used to attain heights some have considered impossible, thus inspiring youths to entrepreneurship.

Peter Anosike tells the story in the context of Dangote mentoring a bright youth from a less privileged background―showing him the way to succeed in business and supervising his business activities to ensure this success.

The ten commandments are presented as ten principles for the reader to understand and put into practice, so that there would be more “Dangotes” out there.