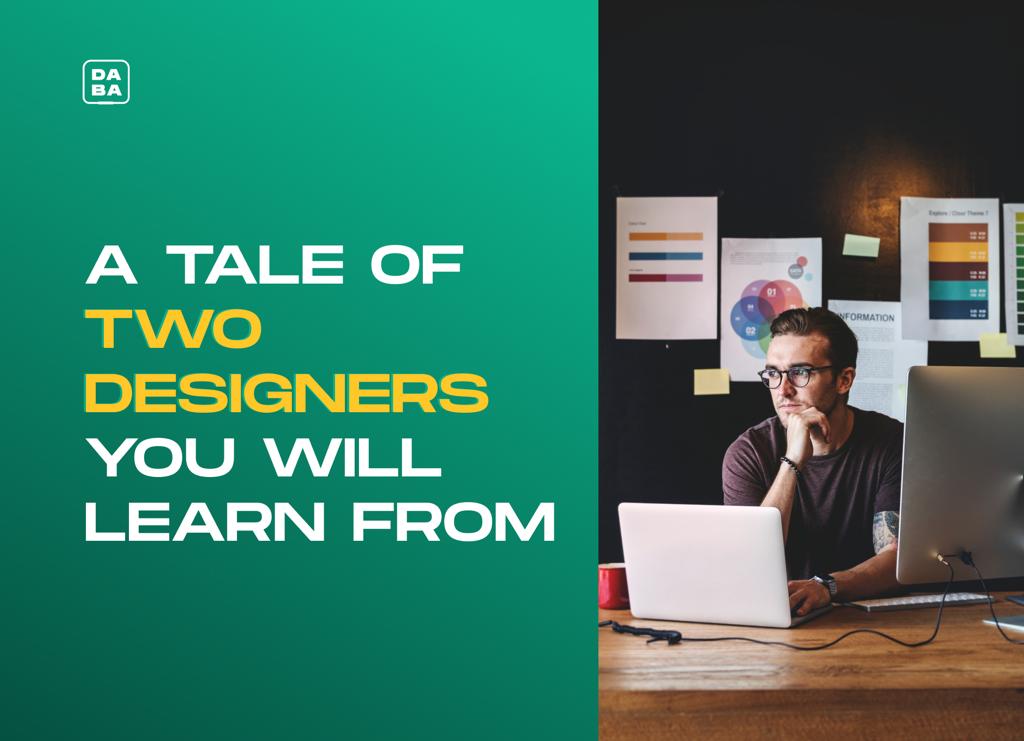 A Tale Of Two Designers You Will Learn From

Welcome to today's world, where you need an appealing design for everything. Graphic designs are necessary for the best websites and blogs, and even for the logo of your favourite brand of footwear. Graphic designs appeal to your sense of sight, and the very best ones can compel you to buy a product. The graphic design industry is teeming with creative geniuses, some of whom have made it big in the design industry.

The logo design of the famous Nike brand was done by Carolyn Davidson. Because of how big a brand Nike is, you might have thought that an already established design firm came up with the Nike Swoosh logo. As a student of graphic design at Portland State University, Oregon, Carolyn Davidson was a broke student. It was then that Phil Knight, one of her associate professors, offered her a job.

Phil Knight hired her as his graphic designer and was impressed with Carolyn's designs for him. In 1971, when Phil Knight started his line of athletic shoes, he commissioned Carolyn to do the job. With an offer of $2 per hour, Carolyn Davidson designed the Nike Swoosh logo for the brand. After Carolyn received the commission for the project, she worked for a total of seventeen and a half hours (17.5) before she came up with the Nike Swoosh logo design.

Carolyn Davidson worked under such pressure because the design needed to be printed on the shoe boxes before production would be completed. The result was a checkmark that denoted movement and speed. And although she felt that her design was good enough, Phil Knight let her know that he hoped the design would grow on him because he didn't like it.

Carolyn Davidson charged him only $35 for the job at the rate of $2 per hour. Even with Knight's initial dislike of the logo and the low rates Davidson charged, the logo has remained the official trademark for the Nike brand. There are a couple of lessons that you can learn from Carolyn's story, but those lessons will be pointed out after you have read Rob Janoff's story.

It is common knowledge that before he died, Steve Jobs oversaw the running of Apple. And although he approved of the Apple logo, Steve Jobs didn't design it. Rob Janoff did the Apple design in 1977 when he started as a graphic designer. Steve Jobs reached out to Rob Janoff and gave him a brief explanation of the kind of logo he wanted, and although Jobs' descriptions were sketchy, Janoff managed to understand just what Steve needed.

Start Where You Are

Carolyn Davidson was a broke student who worked extra jobs to get enough money for her studies. Although she hadn't established herself as a professional graphic designer, Carolyn didn't doubt that she could handle whatever tasks she was given.

In your journey as a graphic designer, many obstacles will try to hinder you from achieving the dreams you want for yourself. Some of these challenges may weaken your resolve and make you doubt your abilities. Do not let them win; stand firm and keep working, and along the line, your resilience will create a breakthrough for you. One of the best ways to start from where you are is by taking graphic design courses to improve your skills, and DABA has the right course for you.

Be Passionate and Committed

Perhaps her associate professor, Phil Knight, wouldn't have offered her the design job for the logo if Carolyn Davidson wasn't committed to and passionate about her job. Phil Knight was impressed with her performance, making it easier for him to assign her to design the logo. So, dear graphic designer, be diligent, stay committed to, and be passionate about your role as a graphic designer. People are watching, and the more you keep impressing them with these characteristics, the easier it would be to make a name for yourself.

Keeping things simple is one of the lessons you can learn from Rob Janoff's story. There are a lot of brands that have simple logos; apart from Apple's logo, some other brands that have simple logos are Burberry and Nike. Although these logos may not look like much, their simplicity endears them to people. So, as a graphic designer, learn to keep your designs simple.

Here is one lesson from Nike's creative byline: Just Do It. Everyone will not appreciate all your styles and designs, so even if the criticism hurts you, just do it. Like in Carolyn Davidson's tale, Phil Knight didn't immediately like her Swoosh design, but today, over 50 years later, it is still the official design of the Nike brand.

As a graphic designer, you shouldn't be solely concerned about making money quickly. What should be on your mind is solving people's problems with your skills. Strive to ensure that people will never forget you for the purpose that your work has served them. For instance, it was years after Nike had become a renowned brand that the company gave Carolyn Davidson stocks that were worth $1,000,000. Nike didn't worth that much in 1971, but because Carolyn's design served a purpose, they could easily remember her.

Rob Janoff easily designed the Apple logo because he understood what Steve Jobs wanted. Your primary assignment as a graphic designer is to understand your clients' needs. When you communicate with your clients and understand the expectations they have for a logo, it would be easy for you to design for them as well.

Although graphic design is an industry that is brimming with highly creative people, it is always possible for you to carve a space for yourself. Although it might seem difficult and the competition would be daunting, constant learning, consistent practice, determination, and following the lessons in this article will help you achieve your dreams. To kickstart your graphic design journey, click here to take our Design and Earn Masterclass.